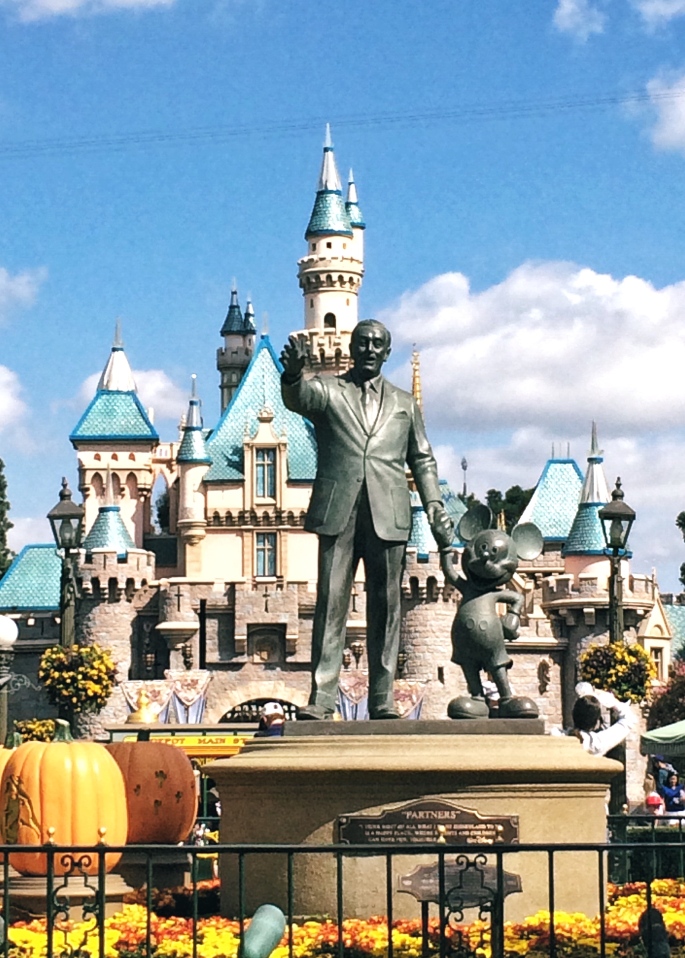 We arrived at Disneyland at 10:00 AM and since it was a school day, it wasn’t too packed. We managed to get on Space Mountain in about 20 minutes, when the wait is usually over an hour. However, by noon, the lines were significantly longer. We got fast passes to Haunted Mansion and still had to wait 20-30 minutes.

In such cases, we recommend using the Disney app for up-to-date wait times to plan which rides are worth waiting in the stand-by line for and which rides to get a fast pass for.

The ride most decked out for Halloween was the Haunted Mansion, so no wonder the line was so long. But it’s such a classic Disney ride that we were willing to wait. Plus, the decorations outside kept us excited and occupied as we waited.

The Disney app also comes in handy when it comes to making reservations, which is necessary if you plan on eating at any of the sit-down restaurants at the park for lunch or dinner.

We made a reservation at Cafe Orleans in New Orleans Square and got seated right away. Kevin ordered steak and potatoes, and I ordered pomme frites and gumbo. Not pictured are a mint julep and Mickey-shaped beignets, both of which we tried for the first time that day. Every single thing we ordered tasted great, and we’d recommend any of those options if you plan on dining at Cafe Orleans. 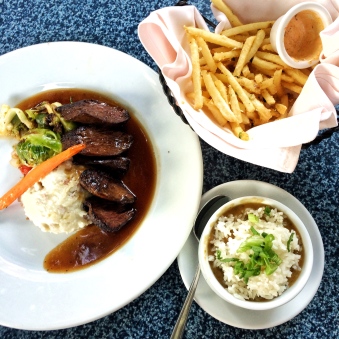 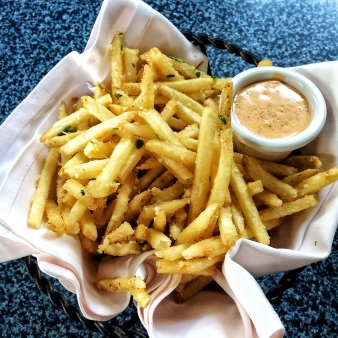 We were tired after all that food so we decided to take it easy the rest of the day. We strolled around Fantasyland and went to the Mad Tea Party. (Pro tip: The fastest spinning tea cup is the purple one, which is the one we rode. Be prepared for dizziness, though.)

We had gotten fast passes for Indiana Jones, but it broke down while we were halfway through the ride. We hoped they would restart it and we’d be able to finish the ride, but we ended up being escorted out. As bummed as we were, it was actually kind of cool to get a behind-the-scenes look at the ride.

After that incident, we headed over to California Adventure. We wanted to go on Radiator Springs Racers, but they had stopped distributing fast passes and the wait was over 100 minutes long, so we figured we’ll just save that for our next trip to the park.

Instead, we stopped by Cozy Cone Motel and picked up the pumpkin spice churro. It was good and the pumpkin flavor wasn’t too overpowering.

Then we headed over to Cove Bar. We were planning on only getting drinks, but after waiting in line for 35 minutes, we figured we might as well order some food to make the wait worth it.

And it was most definitely worth it. We got the fajita quesadilla rolls, which were bomb. We ordered drinks off their secret menu: I got the Black Pearl, which is a twist on a Long Island Iced Tea with a hint of raspberry from Chambord, and Kevin got the Sideshow Novel-tea with iced tea, vodka, strawberry puree and lemon juice. Both were delicious, but the Black Pearl was the winner. We’ll be sure to try of the rest of their secret menu during future visits. 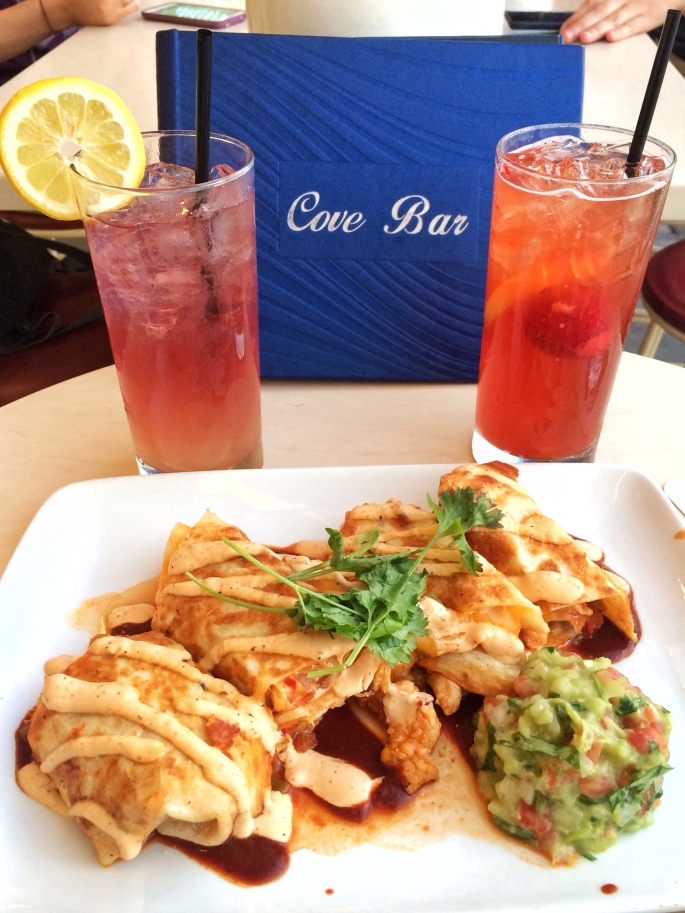 The timing was perfect, as the sun began to set and all the rides began to light up while we ate. I can only imagine how incredible the view is during World of Color, but unfortunately we didn’t stick around long enough for the show. 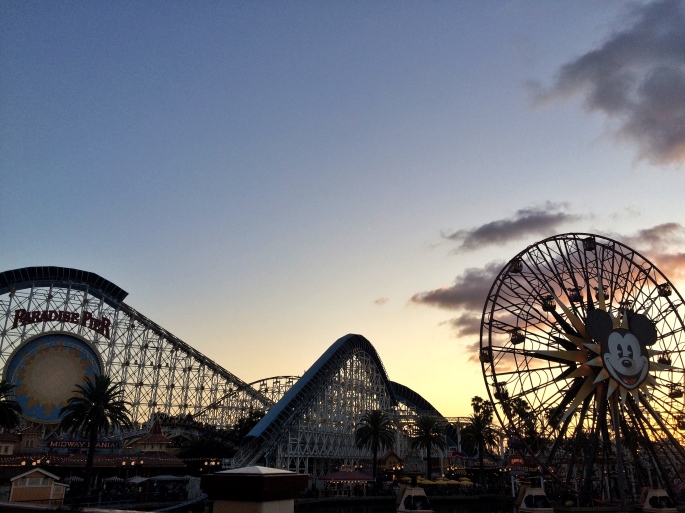 Despite the minor bumps in the road, it was an overall amazing way to celebrate my birthday.

What are your favorite rides at Disneyland and California Adventure? Favorite food? Share them in the comments below!

4 thoughts on “Disneyland in the Fall | Photo Diary”