I’ve been putting together a list of places around the world I want to visit for several years now and I’ve been fortunate enough to cross a few cities off my list (London, Paris, and Rome), but there are still so many other places I’d love to see. I’m currently taking a gap year before continuing my education, which I thought would be the perfect time to travel, but things came up that kept me at home for a while. Now that I’m starting to hear back from grad schools, it’s sinking in that my time is almost up to travel without having to worry about school or career commitments. So here’s my list of places I want to visit, and here’s to hoping I cross off at least a couple of these by the year’s end.

Disclaimer: All photos are from Unsplash or Pixabay, with credit given in each caption.

Do you ever see a picture of a city and feel nostalgic, even though you’ve never been there? That’s how I feel about Florence. I fell in love with the city when I took my first European history class in college and learned about the Renaissance. Then when the last history class I took also had featured a lecture on Florence, I took it as a sign that I need to visit the city one day. I can’t describe the feeling, but it’s like I’m meant to be in that city. And that’s why it takes the #1 spot on my list. 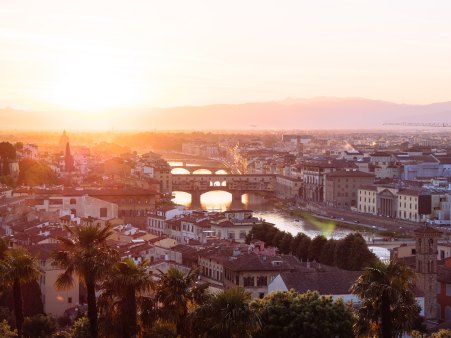 Photo by Mark Tegethoff on Unsplash 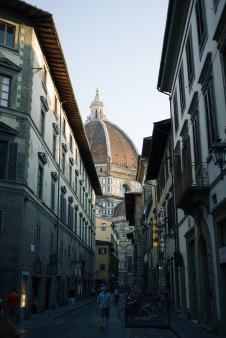 Photo by Azat Satlykov on Unsplash

There’s something so enchanting about a city on water. Though it seems like a bit of an inconvenience to travel solely by boat, I can’t pass up the chance to see such a beautiful and unique place for myself.

Greek mythology fascinated me as a child (Disney’s Hercules, anyone?), so I think it’s the childlike wonder that’s still inside me that initially drew me to Athens. But as a history buff, the thought of being among the ruins of such an influential civilization makes the city even more compelling.

Santorini and Mykonos are popular summer vacation and honeymoon destinations, and it’s not hard to see why. The iconic white Cycladic houses in close proximity to the ocean make for a serene getaway.

Not gonna lie, I first learned about Barcelona from The Cheetah Girls 2 and I’ve been in love with the city ever since. I dreamt about going on a trip with my closest friends, roaming the streets together and visiting the Sagrada Familia, just like the girls did in the movie.

As a history student, I feel compelled to visit Germany because of all that has happened in that city. I’d love to see the Berlin Wall and the Brandenburg Gate and pay respects to Holocaust victims at one of the countless concentration camps and memorials. Plus, I’ve always wanted to go to a legit Christmas market and no one does Christmas markets like Germans.

A couple years back, I looked into studying abroad and there was a summer program for my major in Vienna. I ended up not going due to scheduling conflicts, but traveling to Vienna always stayed in the back of my mind. In addition to Vienna, though, I’d also love to visit Salzburg —partially for Mozart and partially for The Sound of Music.

Just the existence of the pyramids and the Sphinx is reason enough to visit Egypt. The colossal structures are breathtaking even in photos; I can’t imagine what it’d be like to see them in person.

Honestly, a major reason why Japan is on this list is my love for ramen and sushi. But the temples and shrines in Kyoto are a close second. And I’d love to visit during cherry blossom season to see all the beautiful flowers.

I remember learning about the Terra Cotta Warriors and getting chills at the sight of the photos. I knew I wanted to see them in person one day, along with the Great Wall, the Forbidden City, and (of course) authentic dim sum.

Kevin’s family is from Taiwan, so I’d love to visit one day with them. I’ll admit I don’t know much about the country, but I hear the food at their night markets are bomb and it’s the birthplace of boba, so I’d be fine just eating and drinking the whole time we’re there.

My parents are from the Philippines, so we go every few years, but we never venture far from Central Luzon, where both sides of the family are based. I’d love to go to some of the more touristy locations, like Coron, Palawan, and Boracay, and see all the beauty the islands have to offer.

Once the center of the Incan empire, Cusco is now home to ancient ruins and colonial Spanish structures. I’m not one for hikes, but I’d gladly scale mountains to see Machu Picchu. The ruins are an incredible reminder of the beautiful culture and civilization that once existed there, but also a tragic reminder of all that was lost at the hands of Spanish conquistadores.

In middle school, I went on a class trip to the east coast and visited places significant in our country’s history. We went to Washington D.C., Philadelphia, New York, but the one place we didn’t go was Boston. The city holds a lot of colonial history, on top of being such a beautiful city. I thought of going to grad school in Boston, but I couldn’t bare the thought of being so far from home, so I’ll just visit for a week or so some day. (And I’m sure my dad would love to take a tour of Harvard as it’s the closest I’ll get to actually going to Harvard.)

New Orleans is a melting pot of European and African cultures, which makes for a unique and vibrant atmosphere. The French Quarter is at the top of my to-do list in the Big Easy, as are going to a jazz bar and grubbing on some soul food (Is it too basic to get gumbo and beignets? Oh well, gonna get some anyways).

I was born in Austin, but moved when I was about 3 years old, so it’s safe to say I remember close to nothing about the city. Even though it’s not the kind of city I’d typically choose as a vacation destination, I’d love to maybe spend a weekend or so there and re-familiarize myself with my hometown.

There are, of course, plenty of other places I’d love to visit if I had the chance. But if I could only go to the places on this list, I’d be more than happy with my travels.

Are there any places you think I should add to my bucket list? What’s on yours?